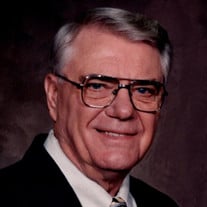 Stanley G. Timmermann, 89, of Breese, passed away onto God’s care in heaven on Monday, December 20, 2021, surrounded by the gentle and loving care from his wife Helen and their five daughters. Stan accepted his journey toward heaven with strength, dignity, and faith. He was given precious time at home to talk, reflect, share thoughts, give hugs and wishes to each one of his family members. Stanley was a very strong, easy patient; working his body, muscles and mind, determined to live out his life fulfillingly. He was very thankful to the therapists and nurses who helped him along the way and to his sisters, brothers, nieces, nephews, neighbors and friends, Fr. Tuttle and Fr. Pat who came to his house to show concern, love and support. Stan married the love of his life Helen, and they felt blessed with 66 years of marriage and a large family to love: his daughters and sons-in-law, Susan & Randy Schneider, Lucy & Darrel Maschhoff, Teresa & Jim Niemeyer, Mary & Ron Sudholt, and Angie & Brad Kesler. Stan was a wonderful grandpa “Grandpa T” to 12 grandchildren and their spouses: Cecil, Monica, and David (Jamie) Schneider, Linda (Steve) Kleiboeker, Craig (Lisa) Niemeyer, Kelly Zurliene, Katrina (Justin) Wright, Laura (Joshua) Sutter, Russel (Tara) Sudholt, Logan (Paige), Carter, and Gavin Kesler. Until recently, “Great Grandpa T” was agile and played on the carpet with his 17 great-grandchildren: Leah, Rylan, Kyle, Jemma, Paige, Abraham, Urban, Otto, Kinsley, Stella, Dawson, Calloway, Kayla, Carlie, Colson, John, Ruby, & a baby arriving in 2022. Stanley was the son of Aloys and Mary, nee Duing, Timmermann, born and raised on the family farm south of Breese and later raised his family there as well. Stan was the third child of ten; having four sisters and five brothers: Elvera (Louie) Grapperhaus, Wib (Dot) Timmermann, Bernice (Paul) Von Bokel, Rita (Frank) Usselmann, Ollie (Jeanette) Timmermann, Ruth (Leon) Albers, Richard (Anna Jean) Timmermann, Larry (Jeanette) Timmermann, and Bob (Jane) Timmermann. Stan’s father-in-law and mother-in-law were Ben and Rose Fuhler of St. Rose, and his wife Helen’s siblings were: Clara (John) Rakers, Vic (Sally) Fuhler, Johnny (Bert) Fuhler, Agnes (Wilbert) Huelsmann, Theodore Fuhler, and Bernard (Jane) Fuhler. Stan served in the U.S. Army during the Korean Conflict, stationed as a military policeman in Germany. There he met his lifelong buddy, George Lorenze from Michigan. Stan & George traveled on their weekend passes throughout the European countries and from that time forward the love of traveling and seeing the world became Stan’s joy. Stan & Helen traveled extensively, often referred to as “Around the world in 80 years”. They were face to face and blessed with Pope John Paul II in Rome, drove the Alaskan Highway in an RV with his buddy George and his wife, and they partied at a pub in Ireland on Helen’s 80th birthday on March 17th and went to every corner of the USA and Canada, they sailed the ocean blue through the Panama Canal and took the road to Hana in Hawaii. Stan was a lifetime member of St. Augustine Catholic Church and Men’s Holy Name in Breese, the Breese American Legion Post 252, the Knights of Columbus, and Farm Bureau. Stan was a survivor, a do-it-yourself kind of man, a modern day/old time recycler and had a green thumb in his garden and yards, he mowed and trimmed his yard up until last year. He prayed the rosary daily with Helen and was a reader and lifelong learner. His desk in the kitchen was where he would be found reading, writing, and working on his farm ground management and his daily diary. His favorite card game was poker and not a gathering went by without the chips and cards being dealt. All the sons-in-law and grandsons would circle the table and the bidding began. Funeral Mass of Christian Burial will be held at 10 a.m. on Thursday, December 23, 2021 at St. Augustine Catholic Church in Breese with Fr. Chuck Tuttle officiating. Burial with military honors will follow at St. Dominic/St. Augustine Cemetery in Breese. Visitation will be held on Wednesday, December 22, 2021 from 4 p.m. until 8 p.m. and again on Thursday, December 23, 2021 from 9 a.m. until 9:45 a.m. Nordike Funeral Home in Breese. Memorials made in memory of Stan are suggested to St. Augustine Catholic Church or All Saints Catholic School Education Foundation or Gibault Catholic High School and will be received at Nordike Funeral Home, 150 N. Clinton, Breese, IL 62230.

Stanley G. Timmermann, 89, of Breese, passed away onto God&#8217;s care in heaven on Monday, December 20, 2021, surrounded by the gentle and loving care from his wife Helen and their five daughters. Stan accepted his journey toward heaven with... View Obituary & Service Information

The family of Stanley G. Timmermann created this Life Tributes page to make it easy to share your memories.

Send flowers to the Timmermann family.