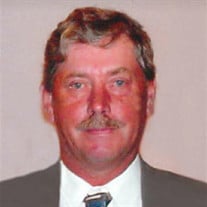 Rodger Allen Kalmer, 64, of Albers passed away on Wednesday, January 31, 2018 at St. Elizabeth’s Hospital in O’Fallon, Illinois. He was born on August 24, 1953 in Breese, the son of Victor and Rita (Rakers) Kalmer. He married Lois Heimann at St. Damian Catholic Church in Damiansville on November 23, 1979, and she survives in Damiansville. In addition to his mother and wife, he is survived by three children: Christopher (Michelle) Kalmer of Breese, Joel (Tabitha) Kalmer of Carlyle, and Shannon Kalmer of Damiansville; two granddaughters: Harper Kalmer and Norah Rose Kalmer; his siblings: Donna (Ed) Moyer of Aviston, Diane (Special friend Charlie) Heidel of St. Rose, Darlene (Bernie) Louth, Dave (Debbie) Stanton, all of Florida. He was preceded in death by his father, two brothers: Allen Kalmer and Joseph Kalmer; father-in-law and mother-in-law, Louis and Nora Heimann, brother-in-law, Mays Heidel. Rodger was a loving and hardworking father, he loved spending time with his children and grandchildren. He was known for always having a good time. In keeping with Mr. Kalmer’s wishes private services will be held at Nordike Funeral Home. Memorials made in memory of Rodger are suggested to the charity of donor’s choice and will be received at Nordike Funeral Home, 15 East Hanover Street, New Baden, IL 62265.

The family of Rodger Allen Kalmer created this Life Tributes page to make it easy to share your memories.

Rodger Allen Kalmer, 64, of Albers passed away on Wednesday,...

Send flowers to the Kalmer family.