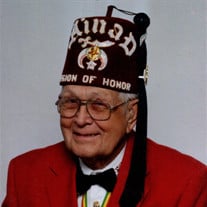 Robert G. “Bob” Brann, 88, of New Baden, died Sunday, August 21, 2016 at St. Elizabeth Hospital in Belleville. He was born March 7, 1928 in Harvard, IL, the son of Charles and Esther (Milligan) Brann. He married Margaret A. Schaefer on March 17, 1950 in St. Louis, MO and she preceded him in death on July 19, 1998. He then married Carol D. Goodwin in October of 1999 at Zion UCC in New Baden and she survives in New Baden. In addition to his wife he is survived by two daughters, Lori (Rob) Welch of Mascoutah and Michelle Brann of Marion; a step-son, Thomas Shuberg of Houston, TX; two step-daughters, Linda Woolever and Nancy (Roger) Hula all of Houston, TX; three grandchildren, Jeremy Brann, and Brendan and Nathan Welch; a great-granddaughter, Savannah Brann; and a sister-in-law, June Riess of Mascoutah. In addition to his parents and first wife he was preceded in death by a son, Brad Brann; and a step-son, David Shuberg. Mr. Brann was a civil service computer systems analyst at Scott Air Force Base for over 32 years; and a Korean War Veteran in the 2nd Infantry Artillary. He was a member of Zion UCC in New Baden, the Trenton Masonic Lodge 109 where he was a member since 1967 and served as past master and secretary for many years; a 30 year member and past patron of the Order Of Eastern Star 756, a member since 1986 of the Ancient Accepted Scottish Rites 32nd Degree, a the Noble of Ainad Temple Uniformed Unit where he was past commander in 2007, the New Baden American Legion Post 321, and the Veterans of Foreign Wars. Bob loved his family and friends, traveling in his younger days, and “his chair”. He was “1 of 3 Bob’s” in the Brann, Welch, and Wager families. Funeral Service will be held at 10 a.m. Thursday, August 25, 2016 at Zion United Church of Christ in New Baden with Rev. Gretchen Sterrett officiating. Burial will follow at Greenmount Cemetery in New Baden. Friends may call Wednesday, August 24, 2016 from 4 p.m. until 8 p.m. at Nordike Funeral Home in New Baden and again on Thursday, August 25, 2016 from 9 a.m. until time of services at Zion United Church of Christ in New Baden. There will be a Masonic Service at 7 p.m. followed by a Legion of Honor walk thru Wednesday at the funeral home. In lieu of flowers, memorials may be made to the Shriner’s Hospital for Children or Zion UCC Building Fund and will be received at the funeral home.

The family of Robert G. "Bob" Brann created this Life Tributes page to make it easy to share your memories.

Send flowers to the Brann family.