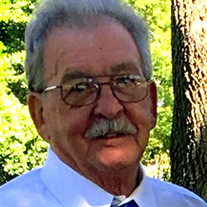 Richard “Rich” Feldmann, 78, of Aviston, died Saturday, March 9, 2019 at Kindred Hospital St. Louis – St. Anthony’s in St. Louis, MO. He was born October 25, 1940 at the family home in Aviston, the son of Bernard and Leona, nee Holtgrave, Feldmann. He married Carol Jansen June 27, 1967 in Albers and she survives in Aviston. In addition to his wife he is survived by his children, Shelly (special friend, Jason Holthaus) Hilmes of Aviston, Deanne (Chris) Voegele of Highland, and Jay (Lindsey) Feldmann of Omaha, NE; five grandchildren, Cody Voegele, Alyssa (special friend, Holden Seegers) Voegele, Bailey Hilmes, and Luke & Jake Feldmann; a step-grandson, Jake Holthaus; his siblings, Bernice (Laverne) Langhauser of Breese, Mary Ann Gent of Tinley Park, and Francis “Pete” Feldmann of Highland; and sisters-in-law and brothers-in-law, Ruby Feldmann of Summerfield, Joan & Dennis Wellen of Trenton, Susan & Ron Toennies of Aviston, Claudette & Walt Wiehardt of San Antonio, TX, Steve & Nancy Jansen of Sandoval, Theresa & Jeff Wessel of Germantown, Donna Bell of O’Fallon, and Diane Winland of Fairview Heights. In addition to his parents he was preceded in death by a son-in-law, Gary A. Hilmes; two brothers, Herbert “Herbie” Feldmann and Lawrence Feldmann; his father-in-law and mother-in-law, Alphonse & Henrietta Jansen; and sisters-in-law and brothers-in-law, Sandy Feldmann, Chris Feldmann, Ron Jansen, and Marvin Jansen. Mr. Feldmann was a retired steel worker from American Steel Foundries in Granite City and a veteran of the United States Army. He was a member of St. Francis Parish where he helped as an usher and funeral server. Rich was a charter member of the Knights of Columbus Council #11110, a Jaycee International Senator and a past president of the Aviston Jaycees. He volunteered for Meals on Wheels, was an umpire for high schools and then in later years umpired for slow pitch softball beer leagues. Rich was an avid sports fan and loved going to high school games; a die-hard CUBS fan, going to the casino and horse races, playing cards, and riding his scooter around town. Mr. Feldmann continued his caring ways after death by being a skin donor to help burn victims with skin grafts. Funeral Mass of Christian Burial will be held at 10 a.m. Friday, March 15, 2019 at St. Francis Catholic Church in Aviston with Rev. Dan Friedman officiating. Burial will follow at St. Francis Cemetery in Aviston. Friends may call Thursday, March 14, 2019 from 4 p.m. until 8 p.m. and again on Friday, March 15, 2019 from 8 a.m. until 9:30 a.m. at Nordike Funeral Home in Aviston. There will be a prayer service at 4 p.m. at the funeral home. In lieu of flowers, stones, and other gifts, memorials may be made to the Aviston Park or Sugar Creek Ambulance and will be received at the funeral home.

The family of Richard "Rich" Feldmann created this Life Tributes page to make it easy to share your memories.

Send flowers to the Feldmann family.