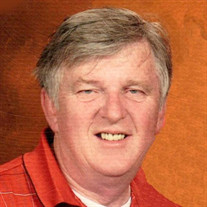 Peter John “P.J.” Wolkowicz, Jr., 71, of New Baden, passed away on Friday, December 30, 2016 at St. Elizabeth Hospital in Belleville. He was born on September 25, 1945 in Ware, MA, the son of Peter J. and Vera, nee Kaminski, Wolkowicz, Sr. and they preceded him in death. He married Patricia F. Bridger on November 30, 1985 in New Baden and she survives. In addition to his wife, Mr. Wolkowicz is survived by three sons, Joseph Wolkowicz of Whately, MA, Nicholas Wolkowicz of Ware, MA, and Thomas Hill of New Baden; seven grandchildren, Devin Hill, Logan Hill, Briana Wolkowicz, Parker Hill, Tyler Wolkowicz, Logan Wolkowicz, and Casandra Hill; and two sisters, Victoria Pariseau of Ware, MA, and Elizabeth Crouteau, of Swanzye, NH;. P.J. was a caring man; he would do anything for anyone. A veteran of the United States Air Force, where he achieved the rank of Master Sergeant. He served as the Chief Flight Management for the United States Air Force Thunderbirds for many years. After his retirement from the military he focused on his hobby of woodworking. He enjoyed remodeling houses and was a proficient handyman. Mr. Wolkowicz was a past member of the New Baden American Legion and New Baden Zoning Board. He was also a Deacon at the First Baptist Church in New Baden. P.J. loved spending time with his family;his wife Patty was his world. A Celebration of Life Ceremony will be held at 1:00 PM on February 11, 2017 at the First Baptist Church in New Baden with Pastor Dave Manley officiating. Family and friends may call from 11:30 AM until 12:45 PM on Saturday, February 11, 2017 at First Baptist Church in New Baden Memorial contributions in memory of Mr. Wolkowicz are suggested to the American Heart Association or The First Baptist Church in New Baden and will be received at the church or Nordike Funeral Home in New Baden which is caring for the family.

The family of Peter John "P.J." Wolkowicz Jr. created this Life Tributes page to make it easy to share your memories.

Send flowers to the Wolkowicz family.