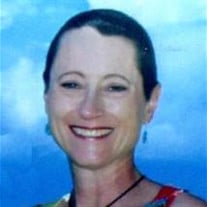 Paula Jean Fuhler, 52, of New Baden, died Thursday, December 8, 2016 at her home. She was born November 17, 1964 in Savannah, GA, the daughter of George and Edith, nee Cole, Weedon and they survive in Okawville. She married Michael “Fugi” Fuhler on November 3, 1984 at the United Methodist Church in Okawville and he survives in New Baden. In addition to her parents and husband she is survived by her children, Nick Fuhler of Orlando, FL., and Nathan (Stacy) Fuhler of New Baden; two grandchildren, Natalie & Ian Fuhler and she was anticipating the birth of another granddaughter in April 2017; her brother, Jimmy Weedon of Breese; her father-in-law & mother-in-law, Donald & Jane Fuhler of New Baden; brothers-in-law and sisters-in-law, Doug & Ginny Fuhler, Twyla & Jack Robben, and Gary Fuhler; and very close family friends, Greg & Cris Lowry of Newbern, TN. She was preceded in death by a brother, George Weedon; a sister-in-law, Linda Weedon, and a brother-in-law, Scott Fuhler. Mrs. Fuhler was an office manager for Boyle-Brasher Law Firm in Belleville. She was a member of the United Methodist Church in Okawville. Paula loved spending time with her family. Funeral Services will be held at 10 a.m. Saturday, December 10, 2016 at Nordike Funeral Home in New Baden with Pastor Lisa Wiedman officiating. Burial will follow at Resurrection Cemetery in New Baden. Friends may call Friday, December 9, 2016 from 5 p.m. until 8 p.m. and again on Saturday, December 10, 2016 from 9 a.m. until time of services at Nordike Funeral Home in New Baden. Memorials may be made to the American Cancer Society or the Triple Negative Breast Cancer Foundation and will be received at the funeral home

The family of Paula Jean Fuhler created this Life Tributes page to make it easy to share your memories.

Send flowers to the Fuhler family.