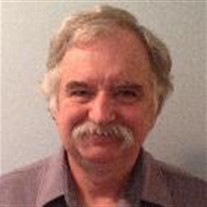 Mark Maedeker, 66, of rural Mascoutah. Illinois., born March 5, 1951, in Belleville IL died Thursday, August 17th, 2017 at St. Elizabeth‘s Hospital in Belleville, IL from injuries sustained in a motorcycle accident. Mr. Maedeker retired as a civil servant in 2007 from the Department of Defense and the Air Force with almost 35 years creditable service. Mark’s career consisted of service as a contract specialist, contract negotiator, contracting officer, a supervisor, and as a section, branch, and division chief at various positions located at Wright Patterson AFB, Ohio, Scott AFB, Ill. and Sembach AB, Germany. Mark lived in Ohio (Hubbard, Richmond, Kent, Fairborn, and Enon) for over 35 years before moving to Illinois in 1986. Mark graduated from Kent State University with a Bachelor of Business Administration in 1973 and from Central Michigan University with an MA in Business Management in 1980. He was a member at various times of the Boy Scouts, the Lions, St Clair County ABATE, the Road Raptors Riding Group, the Moose Riders, St Clare Investment Group, NARFE and Mascoutah Senior Center Euchre Players. He also was baptized at a Baptist church, was a member at a Presbyterian church and attended Methodist churches in Mascoutah and New Baden Ill. He was preceded in death by his wife, Scotte Antoinette (Davis) of Sidney, Ohio, his parents Robert Maedeker and Ellen (Horn) Maedeker of Richmond, Ohio and his grandparents John and Mildred Maedeker of Carterville, Ill and Z.D. and Gail Horn of Rough Creek/Dunns Station, Pa. He is survived by his three daughters, Justine (Truman State and SIUE graduate and now attending SLU graduate nursing program), Nicole graduate of U of I - Springfield, and a Master in accounting from UCONN; Rachel (graduate of St. Louis College of Pharmacy) his Brother Kevin (Kathy) Maedeker, a niece Erin and a nephew Eric all from Gahanna, Ohio, Brother- in -Law, Richard Davis of Dayton. He is also survived by cousins, Craig Horn of Lincoln NE, Janet (Horn) Moore of Mansfield, Ohio, and Carol (Jerry) Calvert of Washington, PA. Friends may call from 4 to 8 pm Wednesday, August 23, 2017, at Nordike Funeral Home in New Baden, IL. Funeral service will be held at Chromes Funeral Home in Sidney, Ohio internment will be in Graceland Cemetery, Sidney Ohio. Expressions of sympathy made in Mark’s name are suggested to ABATE and will be received and Nordike Funeral Home in New Baden.

The family of Mark D. Maedeker created this Life Tributes page to make it easy to share your memories.

Send flowers to the Maedeker family.