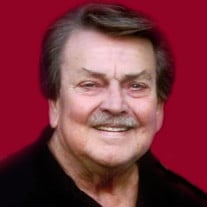 LeRoy F. “LeeBee” Billhartz, 72, of Albers, died Thursday, November 15, 2018 at St. Elizabeth Hospital in O’Fallon. He was born May 7, 1946 in Breese, the son of Edward A. and Clara A., nee Kniepmann, Billhartz, Sr. He married Phyllis Hempen October 18, 1974 at St. Mary Catholic Church in Carlyle and she survives in Albers. In addition to his wife, LeeBee is survived by his three daughters, Trichia and Jenny Billhartz, and Maura (Ben) Kluemke; three grandchildren, Amber Billhartz, Faith Saulsberry, and Wrynlee Jo Kluemke; a great-grandson, Emmit Essenpreis; two sisters, Evelyn Strieker and Dorothy Behrman; two brothers, Louis (Ruth) Billhartz and Maurice Billhartz; and brothers-in-law and sisters-in-law, Louis Usselmann, Rita Billhartz, David DeMarais, Ken & Pat Hempen, and Jackie & Roger McFarland; as well as numerous nieces and nephews. In addition to his parents he was preceded in death by two brothers, Edward and James Billhartz; three sisters, Mary Usselmann, Carol DeMarais, and Delores Billhartz in infancy; his father-in-law and mother-in-law, Ray & Agnes Hempen; brothers-in-law and sister-in-law, Allen Hempen, Lou Billhartz, Elmer Strieker, and Urban “Shorty” Behrman; a nephew, Kerry Billhartz; and a niece, Sandy Usselmann. Mr. Billhartz was the former owner/operator of LeeBee’s Tavern in Albers and a state employee at Hazlet State Park in Carlyle, and he also retired from St. Elizabeth Hospital in Belleville as a floor tech. He was a member of St. Bernard Parish and the Albers Jaycee’s. LeeBee was an avid card player and Cubs fan. He enjoyed playing the drums, fishing, shooting pool, and although he didn’t “hunt” he loved being outdoors at the deer camp. Above all, he loved spending time with his girls and his family. Memorial Mass of Christian Burial will be held at 10 a.m. Wednesday, November 21, 2018 at St. Bernard Catholic Church in Albers with Rev. Anthony Onyango and Deacon Glen Netemeyer officiating. Visitation will be held Tuesday, November 20, 2018 from 4 p.m. until 8 p.m. at Nordike Funeral Home in New Baden and again on Wednesday, November 21, 2018 from 8 a.m. until 9:45 a.m. at St. Bernard Catholic Church in Albers. In lieu of flowers, memorials may be made to Hospice of Southern Illinois, Alzheimer’s Association, American Cancer Society, or to the charity of the donor’s choice and will be received at the church or funeral home.

The family of LeRoy F. "LeeBee" Billhartz created this Life Tributes page to make it easy to share your memories.

Send flowers to the Billhartz family.