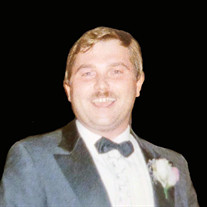 Kevin J. Dulle, age 62, of Wentzville, Missouri formerly of Albers passed away at Lake Regional Hospital in Osage Beach, Missouri on Friday, June 11, 2021. He was born in Highland, Illinois on November 13, 1958, the son of Anthony and Marcella (Netemeyer) Dulle. He married Carey Tweedy in Nashville, Illinois on May 23, 1986 and she survives in Wentzville. In addition to his wife he is survived by his daughter, Robyn Arlene of Jacksonville, Florida; his sister, Judith Dulle of Washington, Missouri; his brothers: James Dulle and wife Barbara of Maryville, Illinois and Ronald Dulle and wife Donna of Bloomington, Illinois; brothers-in-law and sisters-in-law: Mark Tweedy and wife Rita of Okawville, Illinois, Anthony Tweedy Sr. and wife Brenda of Okawville, Illinois, Jeri Bordewish of Cottondale, Alabama, Jerry Leopold and wife Christine of Jacksonville, Florida. He was preceded in death by his mother and father as well as his mother-in-law and father-in-law, Robert and Gladys Tweedy; sister-in-law, Linda Eastman. Kevin graduated from the University of Illinois with a degree in Civil Engineering and obtained Professional Engineering licenses in both Illinois & Indiana. Kevin owned & operated DU-CON, Inc. for 20 years. He was immensely proud of the Annual Anthony and Marcella Scholarship he established at the University of Illinois College of Engineering that is available for any student from Clinton County perusing a degree in Engineering. Kevin was an outgoing guy who liked fine dining, and road trips across the country with his wife and dog Scout. He always had a hard time passing up the opportunity to stop at a bakery and he loved going out to listen to live music. When live music wasn’t available, Kevin would never hesitate to take over the juke box and play great music on his own. He enjoyed hunting and fishing trips to Alaska, especially the Annual Fishing Freak Out with his buddies. He loved celebrating ALL holidays, especially Mardi Gras in Soulard & St Patrick’s Day in Dogtown. For a few years he organized an annual Christmas caroling fund raiser to benefit the local food bank in Monroe City, MO. He enjoyed playing euchre & watching Gunsmoke. Kevin planned to have a cabin in Alaska & a beach house in Florida. He never met a stranger and will be greatly missed by all that knew him. Funeral Mass of Christian Burial will be held at 10:00 AM on Thursday, June 17, 2021 at St. Bernard Catholic Church in Albers. Interment will be held at St. Bernard Catholic Cemetery in Albers at a later date. Visitation will be held from 4:00 until 8:00 PM on Wednesday, June 16, 2021 and on Thursday from 8:00 until 9:30 AM at Nordike Funeral Home in New Baden. Memorials made in memory of Kevin are suggested to Wounded Warrior Project and will be received at Nordike Funeral Home, 15 East Hanover Street, New Baden, IL 62265 Online condolences may be made to Kevin’s family by visiting www.nordikefuneralhome.com.

Kevin J. Dulle, age 62, of Wentzville, Missouri formerly of Albers passed away at Lake Regional Hospital in Osage Beach, Missouri on Friday, June 11, 2021. He was born in Highland, Illinois on November 13, 1958, the son of Anthony and Marcella... View Obituary & Service Information

The family of Kevin J. Dulle created this Life Tributes page to make it easy to share your memories.

Send flowers to the Dulle family.