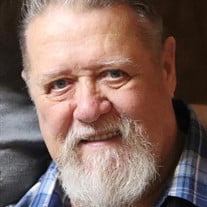 John William Morgan, age 75, of Keyesport died on Friday, August 2, 2019 at HSHS Holy Family Hospital in Greenville. He was born on October 6, 1943 in Maplewood, Missouri, the son of Larry and Gladys (Wagner) Morgan. He married Marilyn Travers on January 2, 1964 in St. Louis, Missouri and she survives in Keyesport. In addition to his wife, John is survived by his daughter Tina Durham and husband Chris of Carlyle; grandchildren: Amanda (Josh) Barnhill of Union, MO, Kevin (Linette) Durham of Florissant, MO, Brantly (Emily) Morgan of St. Peters, MO, Christina (Jonathan) Brittain of Granite City, Victoria Durham of Carlyle, Austin Wallace and friend Nicolette Kelly, and Christien Wallace all of Florissant, MO; his great grandchildren: Patrick, Keegan, Mason, Kam’Ron, Brody, Nathan, Kennedy, and Magnolia. He was preceded in death by his mother, two brothers: Jessie Jo Wagner and Jim Wagner; his son Johnny Morgan and his daughter Melissa Rohlfing. John was a member of the Sons of Confederate Veterans and Tamalco Christian Church, he enjoyed hunting, fishing, and HAM radio. He loved spending time with his two dogs Joey and Jackson, his children, grandchildren, and great grandchildren but most of all he loved time with his wife. A celebration of life service will held at 2:00 PM on Saturday, August 10, 2019 at the home of John and Marilyn. Nordike Funeral Home in Carlyle is assisting the Morgan family with arrangements. Online condolences may be made to the Morgan family by visiting www.nordikefuneralhome.com.

The family of John W. Morgan created this Life Tributes page to make it easy to share your memories.

Send flowers to the Morgan family.