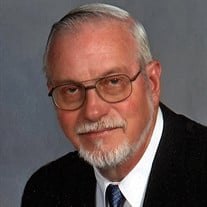 John A. McCoy, 74, of Hoffman, passed away on Wednesday, May 1, 2019 at SSM St. Mary’s Hospital Centralia. He was born on September 23, 1944 the son of Frank and Elizabeth McCoy. He married Olga M. Boehne at the Trinity Lutheran Church in Hoffman on June 20, 1970 and she preceded him in death on March 29, 2014. John is survived by his children: Lola Zimmermann and husband Bob of Hoffman, Rodney Mattmiller and wife Joan of Hastings, Minnesota and Kendra Phoenix and husband King of Centralia; his grandchildren: Tristan Zimmermann and wife Ashley, Crystal Fancher and husband Isaac, Logan Zimmermann and fiancée Taylor Ratermann, Austin Mattmiller, Lauren Mattmiller, Travis Burleyson and wife Nikki, Brandon Burleyson and wife Staci, Matt Phoenix and wife Jennifer and T.J. Phoenix; his great grandchildren: Gavin and Kendall, Kynleigh, Aiden, Grayson, Andrew, Keagan, Bryar, Lane, Parker, and Kaylin; sister: Jane Lueking and husband Ron of Richview; sister-in-law, Lorna Grote of Hoyleton; as well as many nieces and nephews. In addition to his wife and parents Mr. McCoy was preceded in death by his brother Charles McCoy; brothers-in-law: William Boehne and Herbert Grote; and a sister-in-law: Elinor Boehne. John was an avid sportsman and enjoyed fishing, hunting, woodworking, and mowing. He also enjoyed spending time with his grandchildren. In his younger years he dragged raced cars and won many trophies and awards in quarter mile and eighth mile drag races across Southern Illinois. He was a meticulous craftsman and could build, design, or repair anything that was brought to him. Mr. McCoy was very involved in his community and served on the Hoffman Village Board, Hoffman Volunteer Fire Department, and was a trustee at Trinity Lutheran Church in Hoffman. During his working years John was employed at Littelfuse, Hesco, Team Fenex and served as the church custodian for many years. Funeral services will be at 11:00 A.M. on Friday, May 3, 2019 at the Trinity Lutheran Church in Hoffman with Pastor Lecke officiating. The interment will follow at the Trinity Lutheran Cemetery in Hoffman. Friends may visit with the family at the Trinity Lutheran Church in Hoffman on Thursday, May 2, 2019 from 5:00 until 7:00 P.M. and on Friday from 9:00 A.M. until the time of services. For those wishing to honor John with a memorial, the family suggests memorials to the Trinity Lutheran Church or the Hoffman Volunteer Fire Department and those will be received at the church or at Nordike Funeral Home in Carlyle which is serving the family.

John A. McCoy, 74, of Hoffman, passed away on Wednesday, May 1, 2019 at SSM St. Mary&#8217;s Hospital Centralia. He was born on September 23, 1944 the son of Frank and Elizabeth McCoy. He married Olga M. Boehne at the Trinity Lutheran Church... View Obituary & Service Information

The family of John A. McCoy created this Life Tributes page to make it easy to share your memories.

Send flowers to the McCoy family.