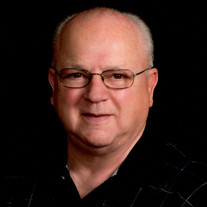 Jerome O. “Jerry” Markus, 78, of Aviston, died Friday, February 26, 2021 at St. John Hospital in Springfield. He was born January 19, 1943 in Breese, the son of Hubert H. and Rose A., nee Nettemeier, Markus. He married Cathleen “Cathy” Beckmann August 9, 1975 at St. Boniface Catholic Church in Germantown and she survives in Aviston. In addition to his wife, he is survived by their daughter, Rose Junger Bachmann and her husband Troy of Chester; a granddaughter, Brianna Bachmann; three brothers, Donald (Judy) Markus, Dennis (friend, Karol George) Markus, and Jim (Ruthie) Markus all of Aviston; his sister, Mary (Alvin) Huels of Beaver Prairie; brothers-in-law and sisters-in-law, David & Jane Beckmann of Carlyle, Ruth Ann & Stan Markus of Damiansville, Donna & Mike Netemeyer of Keyesport, Elaine & Ralph Voss of St. Rose, Marian & Dave Maue of Bartelso, Gary Beckmann of Carlyle, and Dale & Marge Beckmann of Troy, MO; and numerous nieces and nephews. In addition to his parents he was preceded in death by his father-in-law and mother-in-law, Frank & Christine, nee Pingsterhaus, Beckmann; and two nephews, Craig Huels and Travis Beckmann. Mr. Markus was a veteran of the United States Army having served in the Vietnam War. He retired after 30 years from General Motors in Wentzville, MO, and then became the Bar Manager of the American Legion Post 1239 in Aviston for the next 23 years. Jerry enjoyed bowling, golfing, riding his Gold Wing Trike, and going to the Lantern Inn for lunch and finding out the latest news. Funeral Mass of Christian Burial will be held at 11 a.m. Tuesday, March 2, 2021 at St. Francis Catholic Church in Aviston with Rev. Dan Friedman officiating. Burial with full military honors will follow at St. Francis Cemetery in Aviston. Visitation will be held Tuesday, March 2, 2021 from 8 a.m. until 10:45 a.m. at Nordike Funeral Home in Aviston. Memorials may be made to the Aviston American Legion Post 1239 or to the Vietnam Veterans Association (VVA) or to the charity of the donor’s choice and will be received at the funeral home.

The family of Jerome O. "Jerry" Markus created this Life Tributes page to make it easy to share your memories.