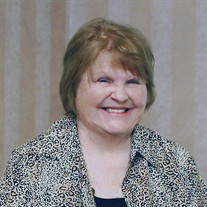 Janet Ruth Akers Bollheimer passed from her earthly home in Aviston, IL, to her heavenly home on the 4th of May 2017. She was 75 years old and in those years she touched the lives of so many people, young and old. You will not find a soul on this earth that didn’t love Jan because she loved them all and they reciprocated it. Jan was full of energy and vitality and was always striving to do better for her family, her community and her world. Jan was born in St James Hospital in Pontiac, IL, to George and Nettie Akers on July 23rd 1941. She struggled between life and death during those first few days… so much so that the nuns worried that she was going to die had her baptized. (Later she was baptized and confirmed in the Methodist faith) Perhaps it was Jan’s strength even at a few days old that pulled her through those days, perhaps it was her Catholic baptism, perhaps it was the strong love of her Mom and Dad, but whatever it was she grew strong and healthy and vibrant .And that is one of the reasons it is so hard to believe this strong and vivacious lady is not with us on earth anymore. Jan was the leader of the family, made friends easily and always had a project She learned to ride a two wheeler in a few days when she was 6 years old so that she could attend a one room school 1 ½ miles from the family farm. Parents didn’t drop their kids off at school during those times and there were no busses. The rain and snow didn’t stop her from riding down the ¼ mile lane from her parents’ house through a huge herd of Angus cattle which included a bull and then on to1 ¼ more miles to the school. She thrived at school and did well setting the standard for the rest of her siblings. There would be 3 more schools before she graduated from Clifton Central High school in 1959 and in each she was liked and respected. Jan attended and graduated from SIU in Carbondale in 1963 with a major in Home Economics Education. She married Ray Phillip Bollheimer on May 30th 1964 at the Grace Methodist Church in Decatur, IL. Jan and Phil had met on a blind date while they were both attending SIU.. They were looking forward to celebrating their 53rd wedding anniversary in a few short weeks. Jan and Phil adopted their son, James Edward Bollheimer in 1977. Before her long career at Central High School in Aviston, she taught at the American grade school in Kaiserslautern, Germany, while Phil was stationed in Germany with the Army. When Phil was transferred to Viet Nam, Jan stayed in Germany to finish the school year and spent the summer touring Italy with her mother in law.. She then began teaching first at Aviston High School than at Central High School as their Home Economics teacher where she remained until her retirement. She was never just a high school teacher and during those years she was the coordinator for the area adult education classes, often taking some of them to ensure there was enough of an enrollment to support the class. Within days of retiring from Central she was hired at Kaskaskia College in the adult education department teaching young mothers the essentials of parenthood and many other tasks. Jan was given many awards during her careers to include one from the Legislature of the State of Illinois. All of those boring dates and lists of accomplishments that although remarkable don’t adequately describe Jan. She advocated relentlessly for her son, Eddie, to ensure the system treated him fairly, made many phone calls and wrote many letters. In her later years, her life revolved around her many grandchildren who she adored, some of them living with her for a time. She was so proud of their accomplishments and would smile from ear to ear when talking about them. And Jan was always busy outside of her home helping others and organizing things and doing things. Jan was the family genealogist and spent months talking to distant family members, gathering, documenting and sharing the family’s history; she painted on many different mediums; she did ceramics; she tailored suits for her husband; she made and decorated elaborate sugared Easter eggs, gingerbread houses and all types of crafts with her son and then her grandchildren, she tutored neighboring children. She loved working in her garden and planting flowers each season She opened her home to four of her young nephews for several weeks every summer in the late 1960 early 1970’s. These same boys. all grown up now do attest that there were never boring moments when they stayed with Jan as she always had plans for their day. They love her for those precious moments and memories. She also acted as a mentor to her niece, Tracy. Jan left this earth unexpectedly and she left large holes in many hearts, but also she left beautiful and lasting memories. Jan is survived by her husband, Ray (Phil) Bollheimer, her son James (Eddie) Bollheimer, her grandchildren, Kaitlyn, Tyler and Sire Bollheimer, great grandchild Emily Bollheimer, two sisters and one brother,three brother-in-laws, two sister in laws, six nephews, one niece and countless friends, acquaintances and co-workers. Funeral services will be held at 10:30 AM on Saturday, May 13, 2017 at Nordike Funeral Home in Aviston with Deacon Charlie Litteken officiating. Visitation will be held from 5:30 until 7:30 PM on Friday, May 12, 2017 at Nordike Funeral Home in Aviston. In lieu of flowers, Phil asks that you donate to the Janet Bollheimer Scholarship Fund at the First National Bank of Carlyle, Aviston Branch. The intent of the scholarship will be given to future graduates of Central High School that will be attending Kaskaskia College.

Janet Ruth Akers Bollheimer passed from her earthly home in Aviston, IL, to her heavenly home on the 4th of May 2017. She was 75 years old and in those years she touched the lives of so many people, young and old. You will not find a soul on... View Obituary & Service Information

The family of Janet Ruth Bollheimer created this Life Tributes page to make it easy to share your memories.

Send flowers to the Bollheimer family.