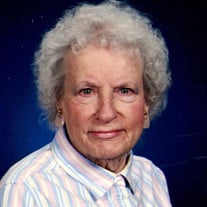 Jane Marie Kolb, 90, of Damiansville, died Thursday, November 7, 2019 at St. Elizabeth’s Hospital in O’Fallon. She was born February 8, 1929 in Ethridge, TN, the daughter of William and Beaulah, nee Hare, Howell. She married Clifford C. Kolb on December 26, 1953 in Watertown, NY and he preceded her in death on August 26, 2011. Jane is survived by her children, Lynnette (Terry) Fields of Placitas, NM, Marcus (Linda) Kolb of Mt. Vernon, Timothy (Elaine) Kolb of Ethridge, TN, Lee A. (Theresa) Kolb of Auburn, AL, Lisa A. Roeber of Placitas, NM, John P. (Debbie) Kolb of O’ Fallon, and Tina R. (Todd) Liberto of St. Louis, MO; 16 grandchildren, Scott, Christopher, Cassandra, Melissa, Tara, Norman, Tim, Lindsay, Emily, Joshua, Sean, Nathan, Dylan, Aubrey, Ashley, and Evan; 11 great-grandchildren; her siblings, Peggy Davis, Carol Lyons, Tommy Howell, and Mary Jo Jones; and a brother-in-law, Ted Kolb of Watertown, NY. In addition to her parents and husband, she was preceded in death by a son-in-law, David Roeber; her siblings, and brothers-in-law and sisters-in-law. Mrs. Kolb was a homemaker and veteran of the United States Air Force having served during the Korean War. She was a member of St. Damian Parish and the American Legion Post 1026 Ladies Auxiliary in Albers. Funeral Mass of Christian Burial will be held at 11 a.m. on Monday, November 11, 2019 at St. Damian Catholic Church in Damiansville with Rev. Anthony Onyango and Deacon Glenn Netemeyer officiating. Burial will follow at St. Damian Cemetery in Damiansville. Friends may call from 10 a.m. until time of services on Monday, November 11, 2019 at St. Damian Catholic Church in Damiansville. In lieu of flowers, memorials may be made to the Alzheimer’s Association or to the American Diabetes Association or to the Clinton County Humane Society and will be received at the church or Nordike Funeral Home, 15 E. Hanover St., New Baden, IL 62265 who is serving the family.

The family of Jane Marie Kolb created this Life Tributes page to make it easy to share your memories.

Send flowers to the Kolb family.