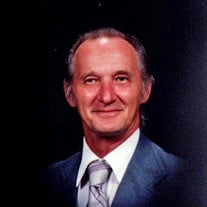 Gerald E. “Pee Wee” Henkel, age 77 of Carlyle passed away on Monday, June 7, 2021 at the Carlyle Healthcare Center. He was born on September 22, 1943 in Carlyle the son of Carl and Edith Estelle (Koch) Henkel. He married Barbara Kemp in Centralia on December 28, 1968 and she survives in Carlyle. In addition to his wife of 52 years, he is survived by his children: Lisa Beebe and husband Steve of Springfield, Krista Voegeli of Carlyle, and Chad Henkel of Beckemeyer; his grandchildren: Codie (Gabrielle Smith) Henkel, Cory Burtz and fiancé Hannah Nagel, Carley Burtz, Kaleigh Voegeli, Stephanie Dentzman and fiancé Trent Deines, Nikki Krumsieg and husband Jon, and Garrett Beebe; great grandchildren: Bently Burtz, Gotti Burtz, Roman Burtz, Aleigha Sangster, Arianna Burtz, and Ezra Krumsieg; family friends: Ken Voegeli, McKenzie Buettikoffer, and Robert Absher; his beloved dog Peanut and many nieces and nephews. He was preceded in death by his mother and father; an infant son Jared Henkel; and his brothers: Oran Henkel and wife Eileen and Wayne Henkel and wife Sharon. Mr. Henkel was a veteran of the United States Army and served in Vietnam. He enjoyed hunting, fishing, and being outdoors. He always enjoyed a good game of pinochle and trips to the casino. He enjoyed playing Santa for many years along with his daughter Krista as his elf for many local families. Pee Wee is remembered as a loving and caring man who was a friend to anyone. He loved spending time with his family, especially his children, grandchildren, and great grandchildren. Visitation will be held on Friday, June 11, 2021, from 1:00 PM until 3:00 PM at Nordike Funeral Home in Carlyle. A graveside service at St. Mary’s Cemetery in Carlyle will immediately follow the visitation. Memorials made in memory of Mr. Henkel are suggested to the Vietnam Veterans and will be received at Nordike Funeral Home, 740 Fairfax Street, Carlyle, IL 62231.

The family of Gerald E. Henkel created this Life Tributes page to make it easy to share your memories.

Send flowers to the Henkel family.