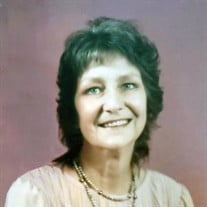 Genevieve “Jennye” Hoffman, age 82 of Carlyle passed away on Sunday, January 24, 2021 at St. Clare Hospital in Fenton, Missouri. She was born on February 28, 1938 in Greenville, IL the daughter of Jesse and Evelyn (Dewey) Mayfield. She married Charles W. Hoffman on August 27, 1955 in Greenville and he preceded her in death on January 17, 2007. She is survived by her children: Brad Hoffman and wife Nancy, Craig Hoffman and wife Kandy all of Carlyle, and Heather Hoffman of Edwardsville; nine grandchildren: Bradley Hoffman Jr., Jessica Hoffman and special friend Neal, Seth Hoffman and significant other Samantha, William Hoffman, Sean Hoffman, Monica Manning and husband Don, Dustin Hoffman and significant other Amanda, Ryan Hoffman and wife Rae, and Leiden Van Bendegom; four great grandchildren: Aleah, Haleigh, Liam, and Cooper; her siblings: Patty Bryant and husband Carlos, Janelle Mayfield, John Mayfield and wife Sharon, and Jean Builderback and husband Boyd. She was preceded in death by her mother, father, husband and siblings: Tom Mayfield, Shirley Bimes, Benny Mayfield, Bonnie Mayfield, and Floyd “Bucky” Mayfield; her in-laws: Kenneth Hoffman and wife Ruby, and Marilyn Beckemeyer and husband Kelly. Jennye was a creative, passionate, and intelligent woman. Mrs. Hoffman started and operated Hoffman Detail Car Cleaning in Carlyle which is being continued by Craig and Ryan to this day. She enjoyed crossword puzzles and journaling all of her life events. She was a great story teller and very hospitable and loved hosting bonfires and other gatherings at her home. She loved her children, grandchildren, and great grandchildren and often treated the neighbor kids as one of her own. Graveside services will be held at a later date. Memorials made in memory of Jennye are suggested to Rheumatoid arthritis foundation or the American Heart Association and will be received at Nordike Funeral Home, 740 Fairfax Street, Carlyle, IL 62231.

The family of Genevieve "Jennye" Hoffman created this Life Tributes page to make it easy to share your memories.

Genevieve “Jennye” Hoffman, age 82 of Carlyle passed away on...

Send flowers to the Hoffman family.