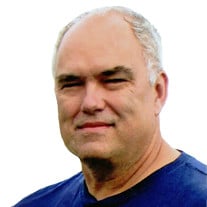 Gary Lee Gerstner, 66, of Breese, died Sunday, December 13, 2020 at St. Elizabeth Hospital in O’Fallon. He was born July 29, 1954 in Breese, the son of Charles “Charlie” and Jacqueline M. “Jackie”, nee Wade, Gerstner. He married Jeanne M. Capelle October 5, 1979 at St. Paul Catholic Church in Highland and she preceded him in death on November 25, 2006. Gary is survived by his three sons, Brian (Sara) Gerstner, Brent (Amanda) Gerstner, and Brad (Alicia) Gerstner all of Breese; grandchildren, Charlie, Hudson, Leni, and Harris Gerstner; his brother, Rick (Barb) Gerstner of Breese; and brothers-in-law and sisters-in-law, Dave (Carol) Capelle, Mark (Kim) Capelle, Mike (Bonnie) Capelle, Bruce Capelle, Paul Ray Capelle, Renee Biggins, and Steven (Willetta) Capelle. He was preceded in death by his parents and wife. Gary owned Gerstner Plumbing in Breese for over 40 years until his retirement in 2019. He was a member of St. Dominic Parish in Breese and a longtime member of the dirt racing community. He was a proud Mater Dei Football dad, and his greatest love was spending time with this grandchildren. A Funeral Mass of Christian Burial will be held at 10 a.m. on Thursday, December 17, 2020 at St. Dominic Catholic Church in Breese with Rev. Patrick Peter officiating. Interment will follow at St. Dominic/St. Augustine Cemetery in Breese. Mass is limited to 100 people and everyone is required to wear a mask. Visitation will be held on Wednesday, December 16, 2020 from 4 p.m. until 8 p.m. and again on Thursday, December 17, 2020 from 8 a.m. until 9:30 a.m. at Nordike Funeral Home in Breese. Everyone is encouraged to wear a mask, social distance, and please no handshakes or hugs. Memorials made in memory of Gary are suggested to the Jared Burke Foundation or Mater Dei High School and will be received at Nordike Funeral Home, 150 N. Clinton Street, Breese, IL 62230.

The family of Gary Lee Gerstner created this Life Tributes page to make it easy to share your memories.

Send flowers to the Gerstner family.