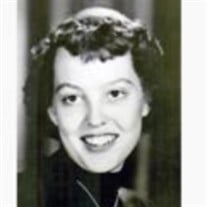 Freida Mae Erlinger, age 84, of West Des Moines, Iowa, formerly of Hoffman, passed away on Wednesday, December 23, 2020 in West Des Moines, IA. She was born in Bridgeport, IL on April 18, 1936, the daughter of Charles and Bertha (Waggoner) Morrical. She married James Erlinger on November 27, 1954 in Carlyle and he preceded her in death. In addition to her mother, father, and husband she was preceded in death by her brothers, Kenneth, Charles, and Dick Morrical, and a grandson, Robert Davis. She is survived by her children: Kathryn Davis of West Des Moines, IA, Bradley Erlinger and wife Lori of Carlyle, IL, and Renee’ Tiemann of Christmas FL; seven grandchildren, Cory Davis, Cole Erlinger, Clint Erlinger, Ricky Hamilton, Carianne Hamilton, Michael Tiemann of Salem, IL, and Chenys Tiemann of Dix, IL; and nine great grandchildren, Kori and Linus Davis, Jack Erlinger, Alexis and Gwyneth Hamilton, Jaxon Erlinger, Lorelei Casey, Amyra Tiemann, and Maxsen Tiemann. Frieda was a happy, giving person and was also very independent-minded. She enjoyed camping with friends, canoeing, and playing cards. In later years, she enjoyed dining out, being with family, and was enthusiastically engaged in progressive politics. Freida has lived in many different spots throughout her life from Carlyle, Hoffman, and Marion, IL and then finally West Des Moines, IA. She and her husband, Jim, owned and operated the Hoffman House Bar and Grill for over 25 years. She also operated the Royal Restaurant and Sunny Side Up Café in Hoffman, the Carlyle Lounge, and worked as a bookkeeper for Midwest Incubator. A graveside service will be held at a later date at Carlyle Township Cemetery next to her husband. Nordike Funeral Home in Carlyle will be providing the service. Memorials made in memory of Freida are suggested to be sent to the American Cancer Society or to the Clinton County Senior Center and will be received at Nordike Funeral Home, 740 Fairfax Street, Carlyle, IL 62231.

The family of Freida Mae Erlinger created this Life Tributes page to make it easy to share your memories.

Send flowers to the Erlinger family.