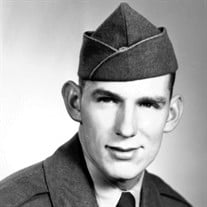 Ernst “Ernie” Herman Kuhn, age 92, of New Baden passed away Friday, January 29, 2021 at his home surrounded by his loving family. He was born in New Baden on May 19, 1928, the son of Herman and Minnie (Determan) Kuhn. He married Wilma Fix at St. George Church in August of 1959 and she survives in New Baden. In addition to his wife, he is survived by his children: Julia Huff and husband Henry and Tom Kuhn and wife Tracy all of New Baden; his grandchildren: Kassie Hund and husband Ryan, Corinne Heck and husband Dana; Caitlin Huff and Ethan Huff, Nadine Kuhn and Spencer Kuhn; great grandchildren: Evelyn, Nolan, and Nora Hund, and Florence Heck; sister-in-law, Jerri Kessler. He was preceded in death by his siblings: Florence and Buddy Mueller, Joseph and Jane Kuhn, Cornelius and Marie Kuhn, Denis and Janet Kuhn, and Betty and Mel Lee; and a brother-in-law, Donald Kessler. Ernie was a member of St. George Parish in New Baden and a veteran of the United States Army. He worked at A.O. Smith in Granite City for 32 years before his retirement. He and his wife enjoyed their time as snowbirds traveling to Florida for the winters. While home, he spent his time golfing, fishing and gardening. He loved all sports and was a member of the 1948 Clinton County Baseball Championship Team. Ernie was a sweet and gentle person, unless there was a good game of cards with his friends and family. He cherished all the time he was able to spend with his family, especially his grandchildren and great grandchildren. A Private Mass of Christian Burial will be held at 10:00 AM on Tuesday, February 2, 2021 at St. George Catholic Church in New Baden. Interment will follow at Resurrection Cemetery in New Baden. Memorials made in memory of Ernie are suggested to the Clinton County Relay for Life or Resurrection Cemetery and will be received at Nordike Funeral Home, 15 East Hanover Street, New Baden, IL 62265.

The family of Ernst "Ernie" Kuhn created this Life Tributes page to make it easy to share your memories.

Send flowers to the Kuhn family.