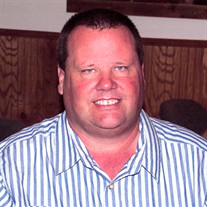 Douglas C. Hugo, age 55, of Mascoutah, formerly of Hoffman passed away on Wednesday, April 17, 2019 at Saint Louis University Hospital. He was born on June 11, 1963 in Centralia, the son of Edgar and Fayola (McNealy) Hugo. Doug is survived by his fiancée, Penelope of Mascoutah; her children, Ben and Garrett; his stepchildren: Angelique Wood, Michael Clark, and Crystal Oswald; he was poppy to his grandson Jackson; siblings: David (Evelyn) Hugo of Centralia, Danny (Mary) Hugo of Carlyle, Dennis Hugo of Centralia, Diane (Larry) Hanke of Carlyle, Connie (Roger) Thompson of West Monroe, LA, Cathie (Bob) Mahlandt of Byrnes Mills, MO, and Denise (Gary) Robinson of Centralia; nieces and nephews: Cary Mattmiller, Christopher Hugo, Nan Burkeen, Jonathan Hanke, Jenny Garrett, Mike Thompson, Pete Thompson, Jason Mahlandt, Adam Mahlandt, Andrew Robinson, Shaina Diekemper, J.R. Hugo, Amanda Hugo, Dennis Hugo II, Audrey Hugo and Katie Harp; as well as many great-nieces and great-nephews. He was preceded in death by his mother and father. Doug graduated from Carlyle High School in 1981 and then attended Kaskaskia College. From 1983-2015 Mr. Hugo sold Dairy Cattle for Greenville Livestock. For the past several years he and his fiancé with partners opened a business in Fairview Heights, Illinois – White Buffalo Décor. He was known as an Avid History Buff. Mr. Hugo loved his stepchildren and his nieces and nephews and was extremely proud of all of them. Funeral Services will be held at 11:00 AM on Tuesday, April 23, 2019 at Trinity Lutheran Church in Hoffman with Pastor Lecke officiating. Interment will follow at Trinity Lutheran Cemetery in Hoffman. Visitation will be held from 4:30 until 7:30 PM on Monday, April 22, 2019 at Nordike Funeral Home in Carlyle and on Tuesday from 10:00 AM until the time of services at Trinity Lutheran Church in Hoffman. Memorials are suggested to the Trinity Lutheran School Playground Fund and will be received at Nordike Funeral Home, 740 Fairfax Street, Carlyle, IL 62231. Online condolences may be left to the Hugo family by visiting www.nordikefuneralhome.com.

Douglas C. Hugo, age 55, of Mascoutah, formerly of Hoffman passed away on Wednesday, April 17, 2019 at Saint Louis University Hospital. He was born on June 11, 1963 in Centralia, the son of Edgar and Fayola (McNealy) Hugo. Doug is survived... View Obituary & Service Information

The family of Douglas C. Hugo created this Life Tributes page to make it easy to share your memories.