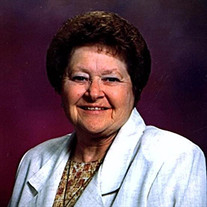 Dixie Lee (Jannett) Hardekopf was born to Vernon and Pearl (Thorman) Jannett in Carlyle, Illinois on August 29, 1937 and passed away in North Kansas City, MO on November 12, 2019 at the age of 82. She spent the first 18 years of her life in Carlyle. Dixie is survived by her loving husband, Donald O. Hardekopf of Kearney, MO, her brother, Mel Jannett of Carlyle, IL, sons Don S Hardekopf of Kearney, MO, David W Hardekopf of Keller, TX and Daryl G (Brenda) Hardekopf of Pomeroy, IA, grandchildren Elizabeth Hardekopf of San Antonio, TX, Amanda (Matt) Scherwitz of San Antonio, TX, Sarah (Jeff) Clayton of Council Bluffs, IA, Drew (Caiti) Hardekopf of Pleasant Valley, MO, Koda Snyder of Des Moines, IA and Josh Snyder of Pomeroy, IA, and 7 great grandchildren, Kiley and Kinley Scherwitz, Anniston, Wesley and Declan Hardekopf, and Kinnick and Carver Clayton. She is preceded in death by her parents, Vernon and Pearl Jannett, brother, Jerry Jannett, granddaughter Rebecca Hardekopf and great grandson, Watson Hardekopf. On February 2, 1956, she married the love of her life, Donald O. Hardekopf. Don spent 23 years in the USAF and retired as a SMSgt in 1975 at Offutt Air Force Base in Omaha, NE. They remained living in Plattsmouth, NE while Don worked at Kellogg’s in Omaha, NE until retirement in 1995. She loved sports and was an avid Cubs fan while Don is a lifelong Cardinal fan, but their marriage survived anyway. She also loved bowling from the age of 16 until 1994 when she was forced to retire due to health issues. When her sons were young she taught them how to play baseball while Don was working or on TDY to another state or country. When Little League started Don was a great coach, with his teams winning the trophy often. In 1995 Don retired from Kellogg’s and they moved to Dade City, FL, leaving the snowy cold winters of Nebraska behind. Dixie worked at Moran Shoe Factory before getting married and travelling with Don. She was also a dispatcher at the Cass County Nebraska Sherriff’s Department and last served at the Plattsmouth, Nebraska Police Department. Dixie and Don loved to travel, visiting every state except Alaska. They visited Puerto Rico, Victoria, BC and Niagara Falls in Canada and Tijuana, Reynoso and Cozumel, Mexico. Funeral services will be held at 10:00 AM on Sunday, November 17, 2019 at Nordike Funeral Home in Carlyle. Interment will follow at Carlyle Township Cemetery. Visitation will be held from 6:00 until 8:00 PM on Saturday, November 16, 2019 at Nordike Funeral Home in Carlyle. Memorials made in memory of Dixie are suggested to the American Diabetes Association and will be received at Nordike Funeral Home, 740 Fairfax Street, Carlyle, IL.

Dixie Lee (Jannett) Hardekopf was born to Vernon and Pearl (Thorman) Jannett in Carlyle, Illinois on August 29, 1937 and passed away in North Kansas City, MO on November 12, 2019 at the age of 82. She spent the first 18 years of her life in... View Obituary & Service Information

The family of Dixie Lee Hardekopf created this Life Tributes page to make it easy to share your memories.

Send flowers to the Hardekopf family.