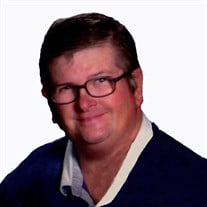 Daniel D. Santel, Sr., 63, of New Baden, died Monday, January 25, 2021 at St. John’s Hospital in Springfield. He was born October 1, 1957 in Breese, the son of Delmond and Virginia, nee Carter, Santel and they preceded him in death. He married Bettylou E. Friederich July 27, 1985 at St. George Catholic Church in New Baden and she survives in New Baden. In addition to his wife he is survived by two sons, Daniel David (Samantha) Santel, Jr. of Trenton, and Lawrence Delmond Santel of New Baden; his granddaughter, Bailey Santel; a sister, Phyllis (Henry) Orlet of Mascoutah; a brother, Michael (Sandra) Santel of New Baden; numerous nieces and nephews; and his puppy, Bentley. Mr. Santel was an Excavator, Farmer, and Truck Driver for many years. He was a member at St. George Parish in New Baden. He enjoyed fishing, working on the farm, going to farm auctions, and spending time with his granddaughter. Graveside Services will be held at 10:30 a.m. Saturday, April 10, 2021 at Resurrection Cemetery in New Baden. Memorials may be made to the charity of the donor’s choice and will be received at Nordike Funeral Home, 15 E. Hanover St., New Baden, IL 62265 who is serving the family.

The family of Daniel D. Santel Sr. created this Life Tributes page to make it easy to share your memories.

Send flowers to the Santel family.