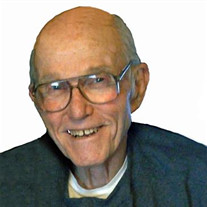 Carl L. Bridgeforth, 89, of New Baden, died Sunday, December 8, 2019 at Aviston Countryside Manor. He was born June 14, 1930 in Piggott, AR, the son of Carmel and Elsie, nee Blake, Bridgforth. He married Dorothy Sanders September 14, 1952 at Olive Evangelical United Brethren Church in Eau Claire, WI and she survives in New Baden. In addition to his wife he is survived by his children, Barbara Albers of New Baden, and Bruce (Kathy) Bridgeforth of Washington; grandchildren, Eric Albers and Julie (Jim) Brown all of New Baden, Kristie (Aaron) Lehde of Webster Groves, MO, Kim (Dave) Alexander and Kristine (special friend, Tim Harris) Kelley all of East Peoria, Cody Bridgeforth and Dale Bridgforth both of Washington; two honorary granddaughters, Kim Hoeflein of Trenton and Gina Rakers of Indianapolis, IN; 12 great-grandchildren, a sister, Roselyn “Jean” (Andrew) Ward-Nickols; and sisters-in-law and brothers-in-law, Janet & Bill Henry and Melvin & Dorothy Sanders; as well as numerous nieces and nephews. Carl was preceded in death by his father, Carmel Bridgforth; his mother, Elsie Bailey; his father-in-law and mother-in-law, Raymond & Mary Sanders; as well as his siblings and in-laws. Mr. Bridgeforth retired from the United States Air Force and Civil Service. After his retirement, he enjoyed working with the Meals on Wheels Program. He was a member of the American Legion Post 321 in New Baden, the Trenton Masonic Lodge 109, and the Trenton Chapter 756 Order of the Eastern Star. Carl loved being outdoors and spending time with his family. Funeral Services will be held at 10 a.m. Friday, December 13, 2019 at Zion United Church of Christ in New Baden. Visitation will be held Thursday, December 12, 2019 from 4 p.m. until 7 p.m. at Nordike Funeral Home in New Baden and again on Friday, December 13, 2019 from 9 a.m. until time of services at Zion United Church of Christ in New Baden. Memorials may be made to the Zion United Church of Christ Building Fund and will be received at the funeral home.

The family of Carl L. Bridgeforth created this Life Tributes page to make it easy to share your memories.

Send flowers to the Bridgeforth family.